Do You Give Your Dog Choices? 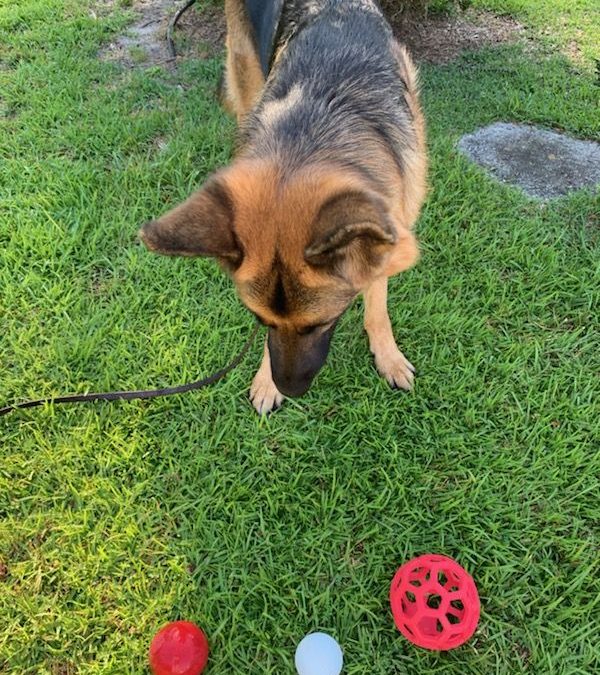 I’ve been involved in several discussions lately with “dog” people about the importance of giving dogs choices.  For example, Davy and I attend classes with a local trainer.  During a recent training session, each handler was asked to enter the ring alone, remove the dog’s leash, and walk away from their dog.  When it was our turn, Davy watched for a few seconds and then bounded to catch up.  I proceeded to change pace (normal, slow, fast) and make many quick changes of direction.  I was so proud of Davy as he showed great interest and enthusiasm to keep pace with me. He happily and eagerly did what I asked with each maneuver.  He read my “cues” and fell into place with ease.

This class consists of pet owners who are actively involved in showing their dogs in agility, rally, and obedience; performing in dog sports like barn hunts and dock diving; and training their dogs in scent work.  The dog participants ranged in age from puppies to seniors and include Border Collies, Golden Retrievers, Dobermans, Aussies, Cattle Dogs, Cavaliers, and German Shepherds.  We all took our turn.  Some of the dogs were a little unsure at first and wandered off to sniff a bit – but once they figured it out, I could see their confidence rise, their energy level pick-up, and their tails wag.  I have to admit, it was a nice break from sit, stay, down, left, right, about, and heel.  Most importantly – it was fun!

So I began to think of other ways to give my dog choices and started to set up little problems for Davy to solve.  Instead of dictating the direction of our walks, I started to ask Davy, “Which way?”  As long as his choice was safe, I followed his lead.  What this is doing is letting it be his walk.  He gets to add his own input which makes him feel more in charge.  After all, who wants someone dictating their every move?

At home, we play the “Find It” game – especially on rainy days.  I ask him to sit, show him a toy, hide it in a place where he can’t see it, and then ask him to Find It.  But now, I ask him to select the toy from a few toys that I bring out for the game.  It’s one more choice that he gets to make.  Then for a treat – he gets to choose the one from my right hand or my left.

Pick a ball… any ball

Davy loves to play fetch in the yard.  What started with one ball has increased to three – a sturdy Kong ball, a lightweight whiffle ball, and a bouncy La Crosse ball.  Davy gets to choose the ball he wants me to throw, and he gets to choose when I throw it.  He knows that he must be in a sit before I put the ball in play.  He’s good at making the right choice.

At night, Davy is able to select his sleeping spot.  He can choose from several dog beds, the couch or my bed. Interesting that his choice is not always the same.  He’ll come up on the bed when I am reading or watching TV, but leaves when I turn out the lights. Then his preference is his doggie bed on the floor.  During the day, he is more likely to be found resting on the couch.  I like to give Davy choices.  I think it enriches his world to be able to have a say.  It breaks up the routine, builds confidence, and instills in him a happy working attitude.  It also helps to create a better relationship between us.  Letting your dog make the right choices is the key to success.  Next time you are paying attention to your dog, give him a chance to make some of the decisions.  You’ll be pleasantly surprised at the outcome.

This site uses Akismet to reduce spam. Learn how your comment data is processed.